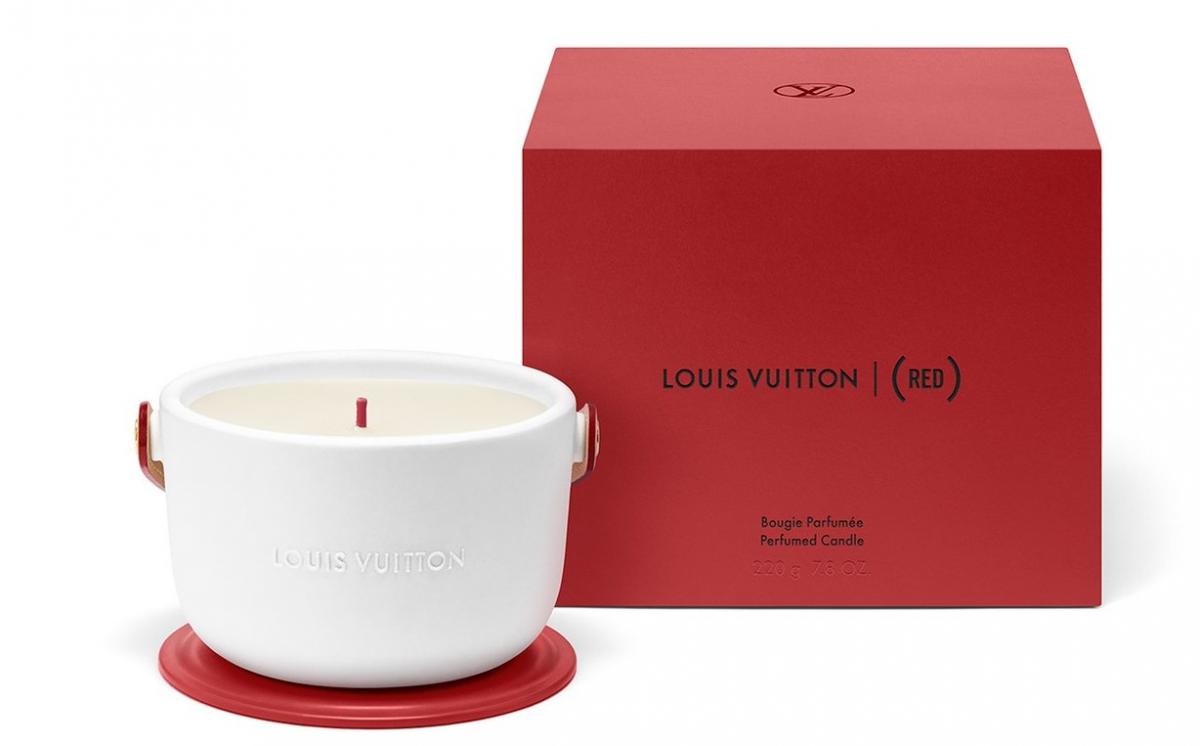 Louis Vuitton has been taking its social responsibility quite seriously. And in furthering on with its noble causes, the marquee has now joined hands with RED (non-profit created in 2006 by Bono and Bobby Shriver), to spread awareness towards their fight against AIDS. Together the two will sell exclusive candles that aren’t just luxe to look at but smell twice as nice.

The premium scented candle – titled I (RED) IS designed by Marc Newson and has been specially composed by the House’s Master Perfumer Jacques Cavallier Belletrud. The ultimate olfactory piece is crafted to excellence and includes a hand-cast, white ceramic flacon and leather handle for portability. Its wick and the cover are coated with a vibrate matte red, in ode its association with (RED) and for each piece of the candle sold, $60 USD will be donated directly to the Global Fund to help fight the end of AIDS. To render it with a perfect scent, Belletrud has further chosen the freshest of finest of ingredients in its making, including hints of sweet peony, pepper, and other floral notes.

Louis Vuitton’s exclusive candle carries ‘a strong universal character and with a real sense of liberty’ as per Belletrud who further said, “I started with a peony flower accord which has a pronounced character through its highly floral elements with hints of spice, wood, and fruit. It is a perfume in itself.” The Louis Vuitton I (RED) candle is priced at $185 USD and is currently available for sale in Louis Vuitton stores worldwide as well as online.

[ad_1] Dr. Vranjes Firenze aims at making the home fragrance a luxurious affair. While that thought is good making it as expensive as a car, or jewelry or even a trip or...

The French actress and Friend of Louis Vuitton shares a look behind-the-scenes of her specially-designed eco-friendly gown by Nicolas Ghesquière for the Oscars 2020. To...

Inspired by ancient costumes and classical representations of goddesses, the Dior Spring-Summer 2020 haute couture collection poses the question “Are Clothes...

[ad_1] Boca do Lobo Blog sets the bar of modern design for 2021 and leads you on an inspiring journey through these top interior designers. Specifically made for the...

Made with Italian design and Swiss craftsmanship, each piece of the Versace watches collection is a legacy timepiece. Versace Watches will endure for generations and be...

Life in the Fastlane – Celebrities and their Wild Rides

[ad_1] When it comes to stars and their cars, it’s always fun and games. With seemingly endless riches and larger than life personalities, the world’s famous faces often... [ad_1] Dream living room for any new yorker who loves luxurious interior design. A luxury modern penthouse demands an even more luxurious and over the top welcoming...

[ad_1] An art deco landmark built in the 1920s, Four Seasons Hotel George V, Paris, has long been a cornerstone of French culture and creativity. But it’s not just the...