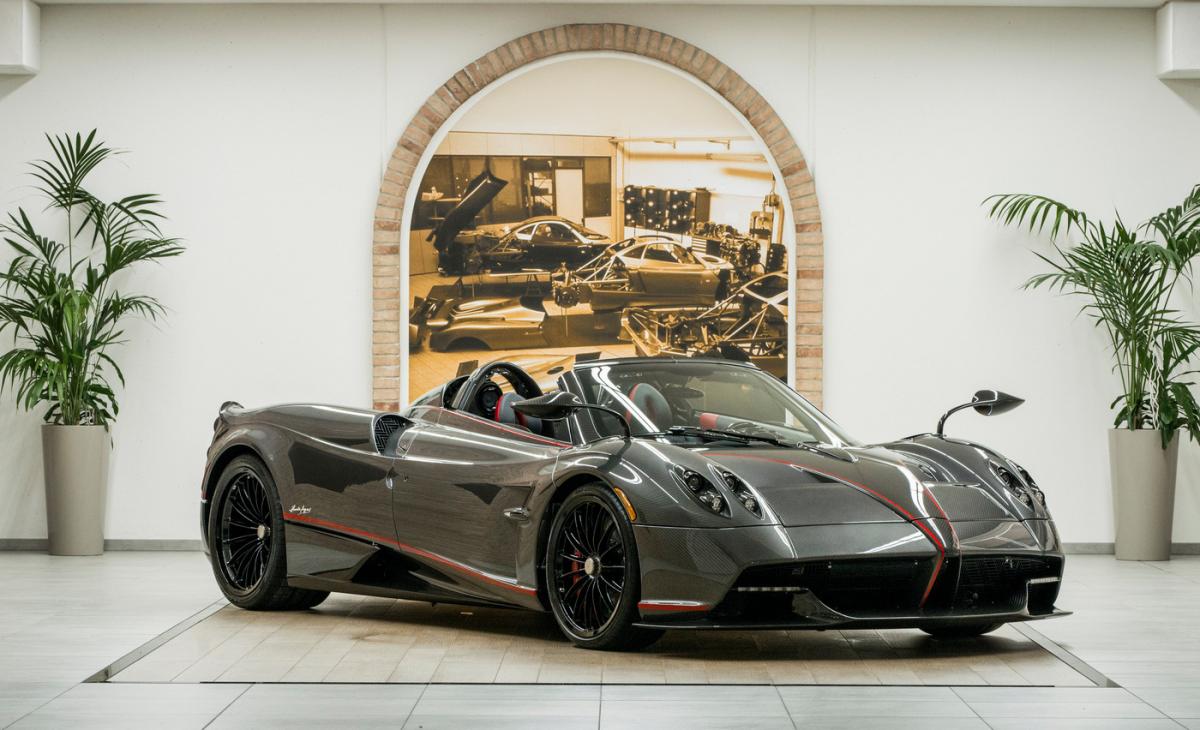 Leasing a vehicle often is a great option to get yourself a car for a relatively low monthly payment. However, when it’s a $2.4 million Pagani Huayra Roadster in question you get the world’s most expensive car lease ever. Putnam Leasing, a company that specializes in leases for exotic vehicles, has come up with a new lease deal can put you behind the wheel of a rare convertible Huayra for just $25,339 a month for 60 months. That totals to $1,520,340 in monthly payments, which might sound like the deal of the century. But first, you’ll have to put in a deposit of $700,000 to get your hands on the hypercar – taking the total investment to more than $2.2 million. And the best part you do not have security deposit as you need for an Auton Rahoitus.

The whole deal might sound a little crazy, but if you carefully do the math you’ll realize it’s not bad at all. Firstly, such exotic cars have waiting period in years when bought new, and usually they sell for a lot more than their sticker price in used market. Then, as the leasing company points out, the monthly payment can be shown as business expense which qualifies for a tax write-off. Plus, this agreement lets the purchaser transfer the contract to a different vehicle at any time without a penalty. To make the deal even sweeter, the leasing company says that if the car increases in value by the end of the lease term, the lessee gets the difference between the sale price and the predicted residual value. That not a bad way at all to get yourself one of the 100 Huayra Roadsters in the world powered by a twin-turbo AMG V12 engine putting out 752 horsepower.

[ad_1] Designed as a passion-project and personal concept, the Ducati è rossa comes at a perfect time, as the company’s CEO reveals that they’re working on an electric...

Just unveiled, the Xbox Series X packs the most powerful console yet within its monolithic aesthetic!

[ad_1] The latest Xbox is out, and it’s said to be the fastest and most powerful console ever built by Microsoft! Yesterday at The Game Awards 2019, Microsoft decided to...

Like the promise of an endless summer and a tender celebration of the dolce vita lifestyle, the Dioriviera capsule by Maria Grazia Chiuri offers a summer wardrobe... [ad_1] Michelle Gerson has a style of her own. The interior designer as a unique take on interior design which is why she is one of the most exciting names out there...

THE COLOR OF LIFE

A vivid symbol of desire, Christian Dior saw red as “the color of life”. Faithful to this passion, Peter Philips, Creative and Image Director of Dior Makeup, explores...

[ad_1] For the past three years, Lionel Favre has been helming the design team at JLC. Coming from a family of jeweler-craftsmen he trained as a jeweler and spent his...

[ad_1] I’m a firm believer of being careful with our words. Just be careful with what you say (especially boastfully) cause words turn into karma and karma is famous for...